They say that each person has the unique temper and psychological peculiarities. There are four general psychological types of the people: sanguine, choleric, phlegmatic and melancholic. 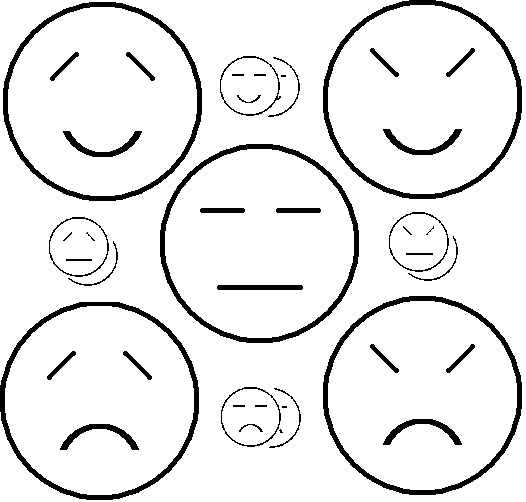 It is a wide-spread opinion that it is not that easy to change the psychological type. If one is still able to alter his of her traces of character the basic peculiarities and features will remain the same. But I suggest you to imagine a handful of sand. The more grains of sand there is the more significant the pile is. The experience is being accumulated constantly as we have to make a choice almost every minute. The information of our choice is stored in the sphere of subconscious. If a person doesn't see any consistent pattern in his or her actions and thinks of them as of the occasional events the most frequent choice turns into a habit. The more similar action the one performs the more "automatic" his actions get. For example a person may get accustomed to grumble and accuse everyone if something doesn't go in accordance with his plans. This grumbling is accepted by this person as his own habit. "That's the way I am". In that way he is constantly carrying around the growing pile of sand with him. But he piles it up himself.

If one starts analyzing his of her mistakes the system of erroneous words or actions reveals itself. Sometimes it is worthy to stop and think. The ability to see the and understand the mistakes appears to be lacked by many people. If the sand lays without movement for a long time it turns into the firm massive material. In that way we carry our own heavy stones with us without realizing that we have created them ourselves. We get accustomed to the behavior stereotypes and adjust ourselves to them being not aware of that process.